This evening, Elizabeth II becomes Britain’s longest-reigning monarch. This is interesting to me not merely because I have deeply conflicted feelings about royal babies and their great-grandmother vs. workshy princesses and the amount of social housing you could build at Highgrove.

Queen Victoria in 1897 (slightly after becoming our longest-reigning monarch, celebrating her Diamond Jubilee! …I say ‘celebrating’…).

Until 5.30 this evening, our longest-reigning monarch is still Queen Victoria, who reigned 1837–1901. Victoria became the longest-reigning monarch by outlasting poor old George III (1760–1820), exceeding the length of his reign on 23 September 1896. The morning papers were, as you’d expect, full of adulatory editorials on the Queen’s longevity and popularity.

But 23 September 1896, coincidentally, was also the day that the Victorians’ best-loved actress, Ellen Terry, woke up to hyperbolic reviews of her own British royal. The evening before, Terry had opened at London’s Lyceum Theatre as Imogen, the British princess who’s the heroine of Shakespeare’s Cymbeline. Victoria was queen of the British Empire, and Terry was the queen of British theatre. 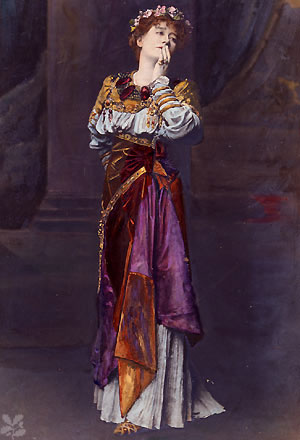 Just after finishing my DPhil, I wrote about the 23 September coincidence for Platform‘s Spring 2014 issue, and this morning seemed quite a good time to revisit it! So, if you want to read about theatrical curation and memory with a royal twist, “Dynasty, memory, Terry: curating the 1896 Cymbeline” is now open-access via academia.edu and in its original home on Platform.