This post is a quick resource for students attending my lecture series (title above) in HT 2019. Links to all the handouts shared online are available below. Feedback is welcome, either in the comments section to this post or via email (sophie.duncan@ell.ox.ac.uk). The last lecture in the series will take place this Friday (Friday 15 February 2019) at 11 a.m. in Seminar Room K. All welcome.

Week 3: Colonialism: fantasies and nightmares in Caryl Churchill’s The Hospital at the Time of the Revolution (1972) and Timberlake Wertenbaker’s Our Country’s Good (1988). Handout.

Thank you to all those who have attended the lectures or been in touch about them – you can still discuss the series on Twitter, via the hashtag #IDtheatre.

I’m delighted to be giving a keynote talk at the conference Women and Power: Redressing the Balance, which runs 6–7 March at St Hugh’s College, University of Oxford. Jointly convened by the National Trust and Oxford, the title responds to the National Public Programme ‘Women and Power’ which the Trust ran in 2018. I’ll be talking about my work with the Trust, researching stories of (pro- and anti-)suffrage and feminist activity in approx 108 Trust places in England, Wales, and Northern Ireland, and writing the book Women and Power: The Struggle for Suffrage alongside Rachael Lennon. Excitingly, said book is now a finalist at the ACE Awards for Best Guidebook with a turnover of over £1,000,000! I fear this may be the only time in my writing career that “turnover of over £1,000,000” is associated with my name. Do check out the other finalists across the categories – sadly, the judges are actual experts and not a Strictly-style phone-in, or I would be going absolutely mad for Suffraduck (Best Product, fighting off competition from Lady Macbeth’s Hand Sanitizer and a RAF tshirt) and the RAF teddy (Best Toy, vs. Build Your Own Lifeboat and a gargoyle).

It would be great to see you at the Women & Power conference! Speakers from museums, historic houses, theatres, and art galleries cover issues from LBTQ women’s histories to women’s presences in the National Archives, Wikimedia, and the DNB. The other keynote speakers are Annie Reilly (National Trust) and Melissa Benn (MELISSA BENN) so please do come if you can. To attend the conference, book here

This post is to publicise my lecture series this term on Identity and Atrocity in Anglophone theatre since 1945. It’ll be happening on Fridays at 11.15 in Lecture Room K of the English Faculty for Weeks 1–5 of term (18 Jan to 15 Feb), and the outline is below. For more information, leave a comment or email me (sophie.duncan at chch.ox.ac.uk). I’ll be tweeting about the lecture series at #IDtheatre – please join in, whether you’re attending or not!

This series looks at theatre written and performed in Britain, Ireland, America, South Africa and continental Europe since 1945, thinking about how drama presents transgressive and marginalised racial, sexual, and national identities when plays bring the past onstage. The plays in this series, disparate in form and setting, introduce post-1945 drama’s international contexts, exploring some of theatre’s most iconoclastic and influential responses to atrocity. All plays listed below are available via the database Drama Online, except The Island, copies of which are available in various university libraries. Key primary texts include:

Week 3: Colonialism: fantasies and nightmares in Caryl Churchill’s The Hospital at the Time of the Revolution (1972) and Timberlake Wertenbaker’s Our Country’s Good (1988).

You know those t-shirts? The white-on-black listed firstnames with the Helvetica ampersand and the cultural references I only understand if it’s the Beatles? This post’s title would make an excellent one.

One great perk of my research for the National Trust was seeing some of my research turned into articles for Trusted Source, their great collaboration with the University of Oxford. If the above content (big houses! Family resemblances! Superiority, chokers, and elderly lesbians in Headgear!) appeals to you, and if, like me, you’re keen for the resurgence of interest in women’s history not to be left in 2k18, click here and find out about My Favourite Historical Lesbians, The Unparalleled Tale Of A Kitchenmaid-Turned-Hungerstriker (scroll right down the page), Britain’s Leading Female Anti-Suffragist, and Essentially A Dynasty Of Awesome Feminists In Wales.

N.B. these are not what the articles are called, because the whole point of the collaboration is to provide scholarly and straightforward introductions to important figures in the history of Trust properties, to be read seriously and with informative effect. But those are the article titles in spirit.

obviously the House (I managed to say it!) doesn’t still look like a sun-kissed Loire valley chateau, it now looks like a resentful Venetian winter.

I am now six weeks into my new job. For the next five years, I shall be Fellow in English at Christ Church at the University of Oxford, teaching literature 1550–1760 to undergraduates, and supervising undergraduate and postgraduate work on drama from the Renaissance to the present day. My colleagues’ friendliness belies the buildings’ grandeur, afternoon tea is served daily, it’s the sole Oxford college with its own art room, and the students like play-readings and crisps. For the past four years, my contract has been full-time research with a significant, although intermittent, amount of BA and Master’s teaching across the last four-and-a-half-centuries of Anglophone literature – this is definitely more intense. But teaching the third-year Shakespeare paper alongside the second-year Renaissance paper is rich and rewarding. One reason is that the intensity of tutorial teaching gives tutor and students alike the luxury of focusing on the process and skill of writing as much as on literature. Although Oxford terms can often combine the worst of sprints and marathons, I’m trying to find spaces to help already strong writers develop their written style – and structures – as quickly as possible. Essays are, after all, attempts and experiments, and tutorial teaching allows them to be just that.

The other reason it’s so rewarding is the obvious one: the literature. I was always going to love reading and discussing essays on the drama of this period (i.e. the reason I’m an academic), whether it’s realising why A Woman Killed With Kindness should be read alongside Coriolanus, or getting excited about all the different ways you can die from an Early Modern painting. At the same time, though, it’s been great to work again on John Donne, and Anne Locke, and Thomas Southwell, among others.

Of course, I’m on my second cold in six weeks, I really need a haircut, and my face is falling off. I have, however, overspent on a Christmas tree for my office (there was an even pricier one with two-tone branches. I mourn it). Only two weeks left til Oxmas. 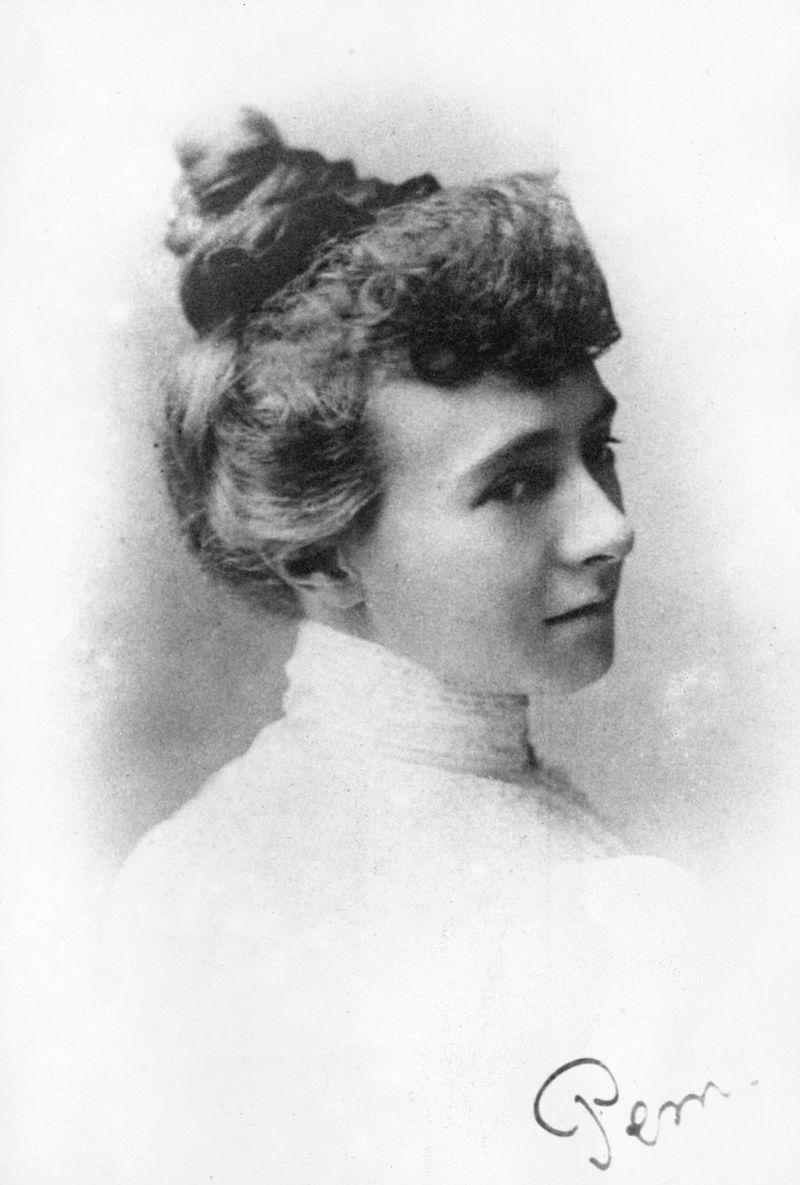 A few weeks ago I had great fun recording an episode of the Women In Oxford’s History podcast on the suffragette Emily Wilding Davison, and the suffrage movement in Oxford. It’s a story of torchlit processions, Woodstock Road drawing rooms, police brutality, and terrorism.

Wilding Davison is best known as the suffragette who died after stepping in front of King George V’s horse at the 1913 Derby. This podcast was a chance to tell the story of Emily’s life, rather than her death, and how the struggle for suffrage disrupted Oxford’s dreaming spires.

Suffragists reach Oxford during the 1913 ‘pilgrimage’ from Carlisle to London.

The Women in Oxford’s History podcast explores women’s contributions to the life and history of the city: Wilding Davison was a finalist (and Chaucer fangirl) at St Hugh’s College. St Hugh’s was founded – as we discussed – as an affordable alternative to Somerville and Lady Margaret Hall for the first generation of women university students. Fun fact: Whittard’s on the High Street was once a W.S.P.U. suffrage shop!

The episode is available via iTunes and SoundCloud, and a blog post accompanying the episode is here (bereavement! bluestockings! Middlemarch!).

My thanks to producers Alice Parkin and Bethany White for having me on the programme.

(And if you like this, you’ll love the book…) 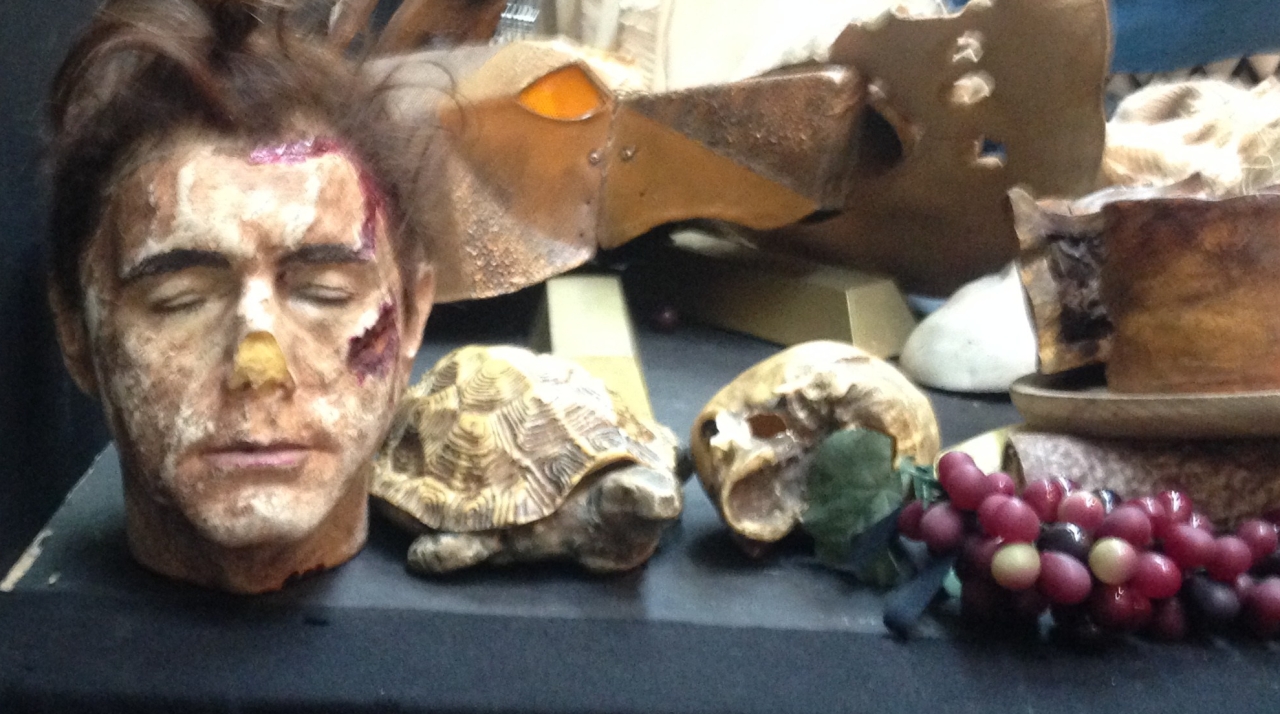 Ask not for whom the bell tolls

My new book, Shakespeare’s Props: Memory and Cognition, will be published on 14th February 2019 by Routledge. How very romantic.