It is 10.30 p.m. on Monday 4th December, and I have just got home from an Admissions meeting with colleagues of many colleges. I am fuelled by an unexpectedly not-horrible elderflower Schloer, a quantity of flapjack, ravioli, and caffeine. Given my schedule for tomorrow, some or all of this may become a problem. I’m not sure how admissions chimes with Advent as a season of preparation, but both processes are intimately connected with justice, thanksgiving, community, and chocolate. 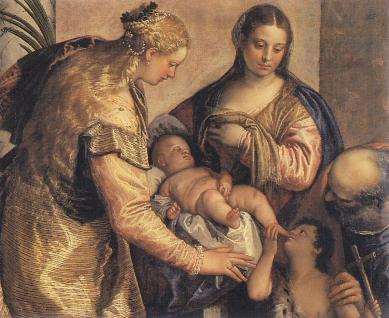 I thought I’d tell you (in some haste) about St Barbara. Today is her feast day. As saints go, she scores highly: A Woman, if not Definitely Real. She is the patron saint of those who work with explosives, and invoked by anyone with a dangerous job; her feast day is marked by the armed forces. She’s also invoked in one of my favourite plays, The House of Bernarda Alba, by Lorca, with the words ‘Blessed Santa Barbara, your story is written in the sky, with paper and holy water’. Her father, Dioscorus, was a wealthy Roman governor who enclosed her in a tower; left alone in contemplation, she became a Christian through independent thought and study. She refused her father’s suitors, and wangled some freedom which she used to meet other Christians. When he built her a bath-house, she used it as a space to perform healings and miracles. When he tried to abuse her, she ran away; ultimately, after a lot of torture alongside another Christian woman, Juliana, Barbara was beheaded by her own father. Seconds later, lightning struck him dead. Showed him. Barbara has become important to Yoruba practitioners of African religion in the Caribbean, where she represents fire, determination, and commitment. She’s also a popular saint among Syrian, Lebanese and Palestinian Christians, who – today – will celebrate Eid-il-Burbara with anise, barley, pomegranates, walnuts, and almonds.

I am glad not to have a job requiring the special protection of St Barbara. I would, however, love to celebrate Eid-il-Burbara in Lebanon. Costumed children visit neighbours’ houses singing songs about how Barbara defied her father, and receive sweets in return. Evidently, our lightning-slinging heroine inspires a kind of festive Hallowe’en remix! It’s very Blink-182, only with more barley.* Hurrah for St Barbara.

*Watch the full video for Point Horror realness, sub-par starlets, and a bald cat (??). MERRY ADVENT. I still haven’t made any mincemeat.